Finding Your New Path To Success, Is Just A Call Away.

Glendale is a city in Arizona that is located nine miles northwest of downtown Phoenix. It has a population of 252,000 people. Just as with every other city in the United States, Glendale has its own issue with substance abuse. Substance abuse issues can be seen across the country. Many cities and states are coming up with initiatives in order to combat these issues.

The Statistics of Substance Use

In the Glendale-Mesa-Phoenix area an average of 558,000 people aged 12 or older used illicit drugs in the past year. That is a lot of people who are using substances. This represents about 16% of the population in those areas. This statistic is similar to the average amount of people using substances in Arizona as well as nationwide. The percentage of people who used marijuana in the past year in the same area was 10.7%. Those that used pain relievers for nonmedical use in the area was 6.1%. This is similar to the rate in Arizona but much higher than the national rate.

In the Phoenix, Mesa, and Glendale areas, 326,000 people who were 12 or older had a substance use disorder in the past year. This was a lower rate of people than in Arizona as a whole. In the same area, 231,000 adults experienced a major depressive episode within the last year. This was similar to the rates of depressive episodes in Arizona and in the United States. Around 23% of people in the same area smoked cigarettes or binged alcohol in the past month. This matches Arizona and the country as a whole.

More resources in these areas need to be focused on the education and prevention of addiction. Across the country, many states and cities are trying to combat substance abuse issues.

If you or a loved one is looking into treatment in the Glendale, Arizona area it is important to know your options. It is best to look for what is in the area before looking into other cities and states. In the Glendale area, there are several detoxification and treatment services that offer hospital inpatient care. This is best for those who need to detox prior to beginning a rehab treatment program. Looking for a more independent treatment style? Glendale has several outpatient services that range from intensive to standard treatment. However, the area does not offer any long or short-term residential treatment services.

If you or a loved one is looking for specific care there are several opioid treatment programs in the area. This includes prescription buprenorphine and administers naltrexone. For treatment that involves issues such as mental and substance abuse disorders, there are also many treatment center options. For those suffering from sexual and/or domestic abuse, there are also treatment centers available that can help. 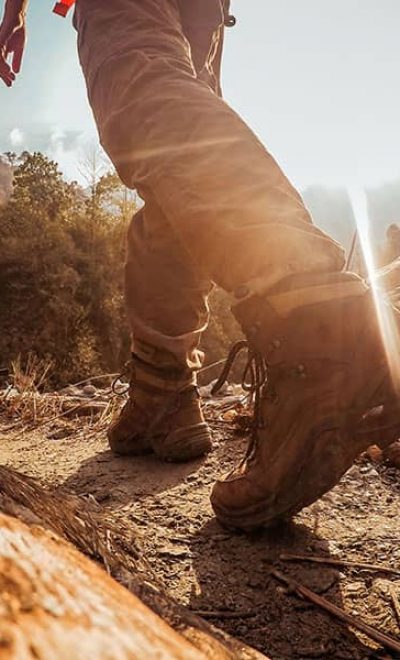 The Benefits of Treatment Away From Home

Treatment is a place where patients come to build new habits and start a new future. Many people find it hard to build new habits in the same place where bad habits were built. Addiction is a particularly hard habit to break. The pull of addiction can be extremely hard to resist. Therefore, some patients find it more beneficial to be in a new environment when undergoing treatment. Negative environments that encourage substance abuse can delay recovery. This is especially true if a patient decides to seek outpatient care near home. In this case, the patient only goes to the treatment center a few times a week. Therefore, the patient’s environment is very important during recovery.

Another benefit of seeking treatment further away is that patients can get out of their day to day routine. If a patient is coming from a negative environment it is good to remove themselves. Many patients are in an environment that causes them to continue with their substance abuse issues. However, being away from all that they are able to begin building new habits. In treatment, patients are able to focus fully on recovery. There are no negative distractions or influences. Without these normal routines, you can begin to create a new future uninterrupted and free of distraction.

Where to get treatment is a decision one should really think about. Be sure to take the time to consider the pros and cons of treatment. Not everyone will benefit from getting treatment further away. However, those that truly need a fresh start in a new place may love the option to start over somewhere new. An advisor at a treatment center can help a patient make a decision about what will work for them.

The Benefits of Treatment Near Home

Want to stay in the Glendale, Arizona area for treatment? Staying close to home for treatment is a choice that many patients make. It all depends on what is going to be good for you and for some people staying near home while going through recovery is the best choice. For those individuals that love where they live and have a support system at home, staying in the same area for treatment can be very beneficial. Especially those patients who participate in outpatient treatment care, since outpatient care is attended for a couple of hours a week.

Choosing to stay or go far away for treatment is a very personal decision. It is best to discuss what you want or what your loved one wants with a treatment advisor. We can help you with that if you call us today at 623-263-7371. We are available to guide you through this process and help you find a treatment program to fit the needs of you or your loved one.

WE ARE HERE TO HELP YOU